4 In/2 Out Audio Interface with reasonable price?

My Firewire 410 audio interface is showing its age: M-Audio no longer update the driver and the sound is pretty unimpressive and flat for my current hardware standards. I´m thinking about a new audio interface, but the brazillian Real is deeply devaluated right now so I don´t have much money. I need an audio interface with 4 Ins (to use with the Analog Rytm - kick, snare, clap and hi hat :). Any sugestions?
I was thinking about the Akai EIE Pro (it’s on my budget, have 4 frontal inputs, it´s an USB host and I love the design), but I read that the driver update is sluggish and the Akai support is awful. Does anyone here use it?
Virtual_Flannel July 31, 2015, 7:27pm #2

The iconnectmidi audio interface looks like a total beast. 4 ins and outs, and you can connect 2 computers…2…computers…like make your iPad talk to your PC and send audio to and from all the ins and outs to both devices. Crazy times.

@Virtual_Flannel but the iConnectMidi isn´t a MIDI interface? It can also record audio with good A/D converters?! I thought It was only MIDI, but the iConnectivy site is a little bit confusing, claiming that it´s an MIDI & audio interface.

(PS: a little bit offtopic but I´ll get tonite your VHS Crosstalk!

the new iconnectmidi is also and audio interface http://www.iconnectivity.com/iConnectAUDIO4plus
Iconnect audio4 is the name I guess. Thinking about selling my duet and grabbing one.

LibertineLush August 1, 2015, 2:56am #5
The Native Instruments Komplete Audio 6 ($229 USD) is worth a look; it's also what I use. I was partly swayed by some reviews commenting that its converters and latency perform well above it's price range, competitive, supposedly, with nearly $1000 tier ones.
Here's a benchmark, the only one I'm aware exists, that shows the latency performance of a variety of audio interfaces: 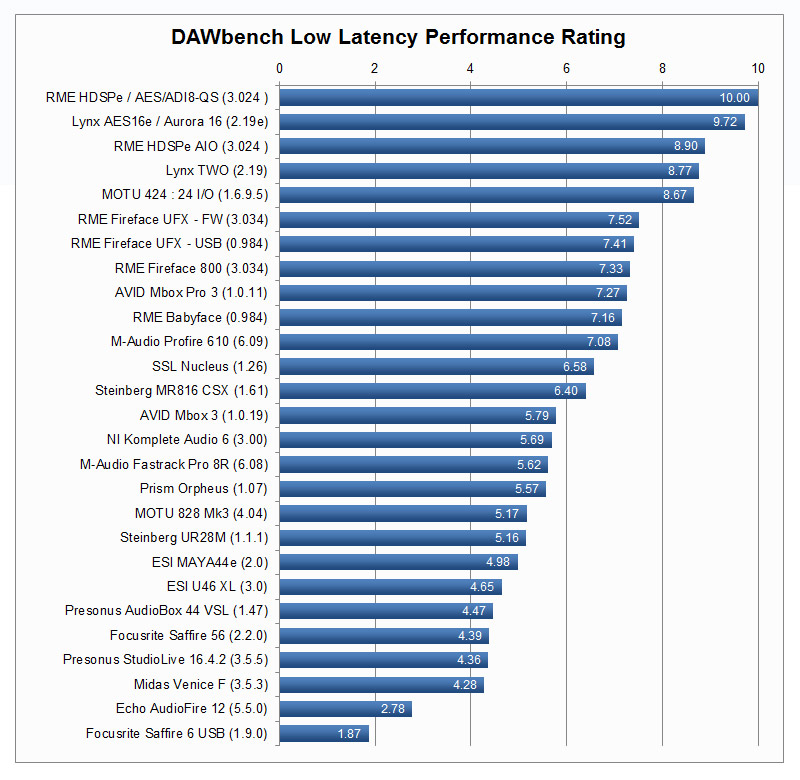 DAW Bench : DAW Performance Benchmarking
If you want a USB host, it does not do that. Also, direct monitoring is only possible on the front input set.
spacetravelmadeeasy August 1, 2015, 10:55am #6

or a few pound extra and get the Focusrite Scarlett 18i8 (£219) for a whopping 8 ins!
Focusrite do great mic pres.
I’ve shortlisted these two as have been looking to replace an older audio interface too and to be able to input more than two bits of gear straight into the computer.
spacetravelmadeeasy August 1, 2015, 3:35pm #7

Been checking out the spec of the IconnectAudio4+ and it’s bloody amazing for the money. Audio over USB or using a 2nd computer is a massive plus!
Think I’d be tempted by this over the focusrite actually. Plus the fact you can use it standalone too without computer is good!
Nice recommendation VF!

aeoner August 4, 2015, 8:57pm #8
@spacetravelmadeeasy after some research, I´ll get the Focusrite Scarlett 18i8 :) I really need the maximum analog inputs that I can have (6 ins for the Analog Rytm, 2 ins for the OP-1/Blofeld/SP-404SX/Octatrack or 2 ins for monophonic stuff), so that Focusrite configuration will help me a lot!
Thanks a lot everyone that helped me too :)
husker August 6, 2015, 9:44pm #9

+1 on the Scarlett. Focusrite drivers/mixer panel is excellent. On my 18i6 I also don’t get any weird OP-1 audio out noise problems - very quiet.