hi everyone. thanks for letting me join this community. so… i have to start by saying i love this synth, but i’ve been having my fair share of issues as well and now i’m thinking of actually selling the synth because new issues keep piling up and it’s becoming frustrating to say the least.

the big problem i had before was that the battery started to drain itself even when the op-1 was off. i sent it to te and they put in a new battery but the issue remained. i sent it to them again and it turned out the issue was the dsp board, so they put in a new dsp board. all good! or so i thought. when i got it back i noticed one of the keys was double triggering. i wrote te and told them about this but they said all keys were fine before they sent it my way. hmm… today i removed the key to see if there was dust or something creating the double trigger but to no avail. everything was clean. so, playing with the plastic spudge, i noticed after a while that the double trigger only appeared when i pressed the key downwards. if i pressed it sideways it would only play one note (as it’s supposed to). i have no idea how to fix this and it’s really annoying. i also decided to check this using the op-1 in midi mode and sure enough, it’s very easy to see that note double triggering. please see attached movie and screenshot. te wrote and said i don’t have to pay for the working hours if they fix this, but i have to pay for the keyboard module which is $115 and the shipping. i don’t know if this seem fair since the double trigger issue wasn’t there before they “fixed” the battery issue. so if anyone has any tips, please do share! thanks in advance. /martin 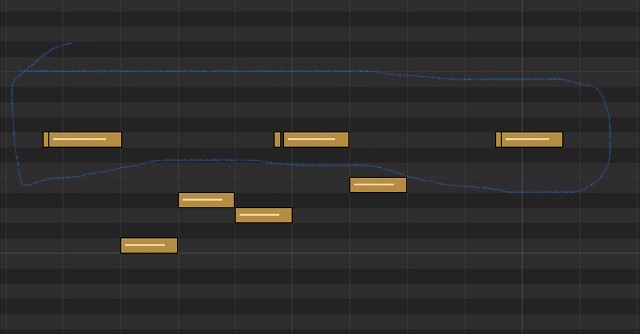 here’s a video where you can see/hear the issue.

I had a similar key-issue where a key triggered to easily, see Op1 key responds when just touching the rubber - YouTube . I contacted the company and was being told that disconnecting/connecting the keyboard cable to the main board could help. And surprisingly it did. I just followed the guide on fixit (Teenage Engineering OP-1 Keyboard Replacement - iFixit Repair Guide) and it got fixed for free

(it was a little hard to reconnect the cable again to the mainboard but with a few tries I got it working).