Dead op1 “fan noise” behind speaker when off

I am absolutely heart broken. I’ve had a like new op1 rev 2 for a couple years and take care of the thing as if it is my child. Unfortunately a couple days ago I stupidly charged it with this wall charger…

It is apparently 25w and I am very worried I fried my op1. I used this wall charger and a usb type 1 to usb c adapter and let it charge overnight. It completed a normal cycle, lights shut off, read to five, but when I turned the op1 off after unplugging it for some reason the led lights would do a full cycle up to red then disappear. I found that pretty odd but continued to use it normally the last few days… the battery seemed like it was draining faster than usual so I tried a factory reset this morning. That worked fine and I reloaded the back up I had of my sounds after. Everything loaded fine and the op1 worked as per usual aside from the led light cycle after powering down. Next I was gonna try and reinstall
the firmware… I plugged it in via the official cable into my usb dock into my usb c port of my Mac. It was plugged in on and charging, showing lights, and then just shut off. It will not turn on. Not in com mode either. There is a very quiet fan noise behind the speaker regardless of the power switch being off or on, plugged in or not. It’s constant. And it gets a little bit louder when the power switch is toggled to off… that’s all it does. I’m in the states in Wisconsin. Do I look for a repair company? Am I screwed until connector boards come into stock? Will that even work? I have the tools to pull the cover off and reconnect flex cable/connector board, but no one I’ve seen on here who did that had the slight fan noise. I don’t know what to do… please help.

as long as the charger u used is 5v
(V as in volts not W as in watts, watts is a different thing)
theres no way it fried your op1
devices only take as much current as they need from the power supply
even if the supply is rated for much higher amps.
there is a ton of misinformation out there about power supplies, charging, volts, amps, etc etc.
which causes a lot of confusion for ppl

not sure the connector board would help if your USB port is still working
and everything else too.
my guess would be maybe DSP board? seems like another common thing that fails.
couldn’t hurt to reconnect the flex cable and see if it makes some magic happen.

I would email TE support and see what they say either way.

i had a dead op-1 about a year ago. i just googled around and read some threads and followed different options and eventually it turned back on and has been fine since then. here’s a link for example: 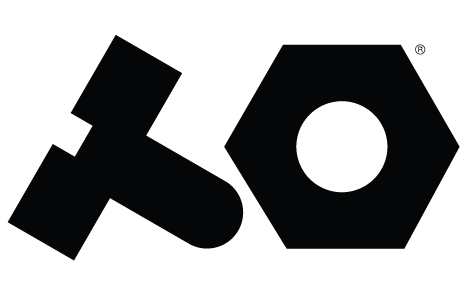 OP-1 - does not start/boot/charge, what should i do?

if OP-1 does not boot, please do not worry. there are a number of things to check before assuming the worst. even if it should indeed be broken, please know that everything is modular and fixable. ...

USB-C is a weird standard. Devices communicate and negotiate different speeds (current/wattage) and voltage depending on what is plugged in.

Don’t skip. Buy the Apple one. Apple’s 20W USB-C charger is $19 USD… not expensive. And they have them manufactured to a high safety and quality control standard. Does Apple want to have a situation where a whole batch of chargers fries millions of iPhones that they then have to replace under warranty? No, they do not… so they’re likely to get it right.

Anyway more importantly I’ve heard a few things where OP-1’s have appeared to be off but really haven’t been, try all the things, leave it unplugged for a few days so it goes flat, try charging again from a know good charger. Sounds like you’ve already done that option. I would contact place of purchase or TE and say it won’t charge, it shouldn’t be related to the charger really it may be a battery issue. There is no fan in the OP-1 at all so that noise you’re hearing… i dunno what that is. Power cycling maybe.

I’d investigate official repair channels as a failed self repair may make profesional repair more expensive or not possible, assuming it’s outside of warranty.