New album: a soundtrack of space

I finished my second album: ALSEP12.

This album soundtracks the Apollo 12 space mission - all of the “vocals” are directly from the archived NASA audio. In case you just want the sounds - I have an instrumental version of the album on Bandcamp too.

The album was made using just an OP-1 and a Big Sky. All of the sounds were from the on-board sound engines (patches at op1.fun) with the exception of the trumpet samples and a sample of a MOOG. I was really intrigued and impressed out how many sounds can be made just with the synth engines.

My workflow was to record each song on the OP-1 4-track and then send that mix through the Big Sky to Audacity. I had two tracks in Audacity, one of the music and one of the vocals from NASA which I then mixed. 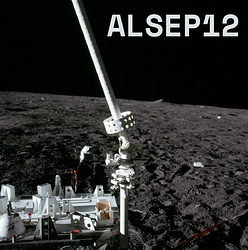 I’ve found a lot of inspiration from you all while making this album, so thank you for that!