The plastic keys on my op-1 are starting to change color when compared with the cool off white of the outer case.
Just wondering if anyone else is encountering this and what I might be able to do to restore the keys to the original hue.
I’ve had my op-1 since 2012 so it may fall under long term care/restoration work. 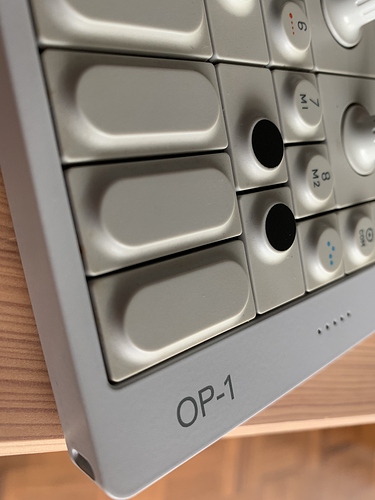 Reminds me of the original Super Nintendo system in the US, they way it kind of “yellowed” over time. I say, if you’ve had that thing since 2012, wear it like a badge! Hallowed instruments all have patina from their artists playing the crap out of them!

Curious, have you had any hardware issues (or software) since you got it?

@FLDPLN Functionally, the OP-1 has been pretty solid. I did have to replace the connector board when the 3.5mm audio out port became touchy. Not a big repair, but I did have to wait for a few months until this part was in stock before replacing it myself.
I do see that it’s relatively easy to replace the keyboard from instructions on iFixit, but the keyboard is $99 and not in stock at the moment.
It’s nice to think that the “yellowing” keys are a sign that this synth has been well-loved. Thanks for your perspective and comparison to a classic Nintendo console!

I’ve noticed that my keys are discoloring in a very strange way. The discoloration only affects certain keys, and more on one side of the key than the other, so it doesn’t seem to be a matter of usage (e.g. caused by skin oils, etc.) I can’t believe it would be sunlight either, as the unit is rarely exposed, and again in any case the pattern doesn’t make any sense - for instance, the yellowing is very pronounced on tracks 2-3-4 and 6-7-8, but not 1 or 5, and doesn’t affect the case itself.

Attached a few photos - hard to get close enough w/phone camera - yellowing is rather more pronounced than the photos suggest.

Replacing key caps seems a bit drastic (and dependent on availability). Anyone else had this weird “asymmetric” discoloration? or found a cleaning solution that worked? Soap, water, isopropyl alcohol have no visible effect. 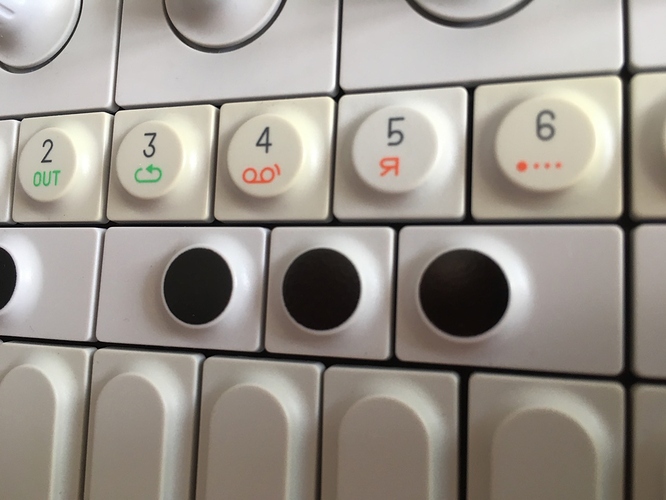 are you smoking in front of the op-1?

You might want to look into Retrobrighting - there’s lots of different methods and varying levels of success.
From what I understand plastics can become yellowed as a result of being exposed to UV, so keeping a device out of sunlight as much as possible should protect it from yellowing.

@ZeroSphere yeah I figured sunlight too, but like I said then the pattern doesn’t make any sense - why was 5 spared when the keys around it weren’t?! And why don’t the piano keys show any evidence of the effect - or the case itself. Very strange - hence wondering if anyone else had had a similar experience.

Will look into Retrobright - cheers

oh hey look at this!