where does it say so?

Says rev 2 on my actual box it came in, along the side near the barcode, the model number of mine is TE002AS001A REV 2.0

Would be difficult to know without you opening it up and looking at all the boards. Maybe they have implemented a new IO board to mitigate some of the issues people have had with the jacks coming undone. Maybe a major component was obsoleted and they had to come up with a replacement for it. Maybe they switched suppliers and wanted a means to track all boards done by each company. Always hard to tell. I would be surprised if it were anything related to higher performance components. They wouldn’t want to have a “All rev. 2 owners can update to this new OS but not rev. 1 owners” type of update in the future. Too PC world type of thinking.

hello, since we know that the main pcb completely changed, i would like to ask people with rev.2.0 units, please :

i would like to know what has been improved since the 1.0 i have, and maybe what to expect in rev.3

i read somewhere that the Rev 2 has a peace sign on the back next to the other icons (on the right) and the rev 1 doesn’t; is this true?

Apparently, units bought after mid-2018 have that:

So not necessarily rev2

I recently bought a Rev 2.0 from TE website and I did had 2 first versions years ago.

What I notice: Screen is a bit more sharper (modern), but not a huge diff.
Speaker is CRAP! The first OP-1s I used to own sounded like a tin can, but it didn’t distort that much. This one is super crap. I’m actually considering voiding the warranty and replace it with a V1 speaker from iFixit.

The volume of the input/output seems quieter to me. I mean I crank the volume pot to max and my headphones feel like they want more. The same goes for the input.
I suspect they changed something to internal mixing to allow more headroom… But I might be super wrong.

Also, this one’s made in China vs. Made in Sweden.

PS: I missed this little bugger.

I have personally asked tobias from TE this same question.
he didnt know about V2. and his assistant moderator didnt know earther.
here is a quote: 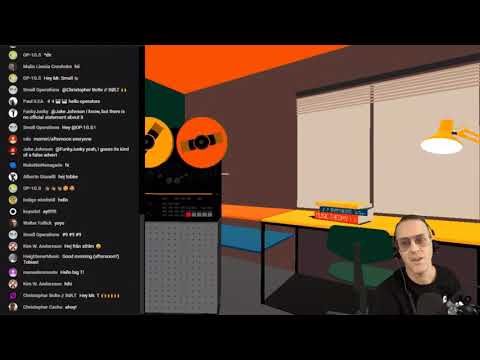 It is the one with the new display and (internal) machine body that supposedly justified the huge price increase, as announced by TE. Tobias probably got confused by the “V2” moniker that may not be an official one.

there is no official moniker. its a branding thing. just like x-box one , op-“one”. they want do distance from anything that would on the street be called “two”.
so if there is an official v2, people would call it op-2 , and it would spoil the brand recognition. but legally they have to specify revision number to the resellers, online vendors and logistical codes for international shipping customs.
just like books, you can not publish 2 versions of a book under same BSN number.
… im just speculating

AFAIK there have been 3 revisions of the OP-1. a technician told me that when I wanted to change the display because I had the impression that the dimmed parts of the Screen had been more visible on my older Op-1. the revisions exist because of newer parts/displays and some parts that are no longer available.

I know is an old thread but probably is time for me to try this OP-1 that I desired long time BUT money are tight and just splahed for a Syntakt so… Is the rev 1 so bad comapred to Rev2, although price is kind of 700 minimum vs 900 for Rev 2

Thanks for your reply, useful