OK, Don’t have one yet, but during online research I have been surprised by how good the OP-Z sounds

it seams the Roland has the best most open summing and ready mix quality, also dig how clear the sp16s separation of tracks is… The isla2400 is the one that stands out with most dimension to its sound.

Now surprisingly The OP-Z actually has among the best and most punchy bass responses of all of them, kicks have meet to them, hihats when Pitch down have weight and crunch… There is clarity and fullness to the sound.

Having owned or used most of the gear in your list (and being a professional mastering engineer), I think there if there ARE any differences audio quality due to the hardware specifically, they are very very slight. My guess is that you’re hearing the experience of the person using the devices more than the device itself.

I mean, I think the OP-Z sounds great, but so do all the other samplers you mention

Comparing MPC and OPZ, it seems that OPZ tends to emphasize high frequencies and reduce low frequencies by about -4 semitones. But at -32 semitones(maximum), OPZ reduced the high frequency. Either way, there was no noticeable difference…

I wonder if it’s the stock drum samples you’re mainly hearing. They are very nice.

There is also something about the sample interpolation I really like in the OP-Z but for all I know that’s because it’s crappy! The bit crush control on pitched samples is also really nice.

Hey thanks for your response , nice to have a mastering engineer on the line.

To clarfy: I find all these samplers have sonic difrancese (not only due to internal fx and synths but at the core sampling engines just as every manufacturer has their own code.

Now I take it that the poont is that they are all of such fidelity that at that level it doesn’t really matter, and I am inclined to agree, but allow me to rant on.

Now Just pitching the same sample down on two different devices /even in different software samplers on the same computer will spectre differences, it goes so far that pitches on certain frequencies start bringing out different tones and tunings when pitches go down, try two octives. As Eubick points out the interpolation might be where the TE hides the golden goose.

Yes I understand the production skills are at play, but I am referencing raw outputs from these samplers. Just monitoring gear enthusiasts at play, and across the board it is ike the OP-Z has by default more punch and sustain in the bass, and pitched down samples come out big and cruncy.

Although monitored through online compression, I find it hard to believe that everyone with the OP knows how to apply and master bass drum while few on the MPCs get it right. It be great if someone with the MPC can chime in on how well the drumplugin compares to TRs or preforms in the low end in general.

The new Akais have by far the greatest feature set for a samplist, their UI is superb when it comes to chopping up samples and drum design/program, yet they just don’t move bass quite like the MC707 or the SP16 again correct me if my assumption is wrong as this is centrally user related to a large degree. But this is my impression, non of them sound as good as the sp1200s wich ia the best sounding drum sampler Ive heard, my roomate had a 60 and the sound was aces.

Now the sp1200 absolutely knocks, punchy/booming and dimentional. The new Akais certainly sound good, better than most in fact and easily qualify at any task when multitracked., before I sold it I sampled my 808 to pieces on a MPC4000 at 24/96 through some outboard and the 4k out performed the 808 once the sounds where layered with all the benefits of tunings/panorama/modulation, like I was able to make bigger claps and spacey snares, the high hats where sharper (or one could say not as smothe or warm in favoure of the 808) but what the MPC did not, was to reproduce the low end and that is where much of the rythim energy of the good old TRs lies. I to this day dearly regret selling my jomoxes just due to that thumping low end, puncy mids and cutting highs. And this is where I have a problem with morden samplers or ratherthe wonderful Akais (I know: just get another jomox, problem solved,)… But Id love to have a sampler workstation on the go that has this dimensional full spectrum separation and punch to travel and gigg with right out of tge gate, with little possessing needed.

Out of curiosity from mastering/mixing experience are you getting enough low end energy in the bassdrums ala EDM 909 style from sanplers in general? , can you share some technical info from mastering experiences:, and don’t say gating a test tone to a BD ;)… Just too vintage…

Back home I have a small vintage brodcasting console (70s) which just rains magic all day, everything going though it comes alive. I also have a nice analogue desk that I traded up from an yamaha digital 01v, a light and day difference in sound and stereo imaging, before that I was on a Roland DM31 small digital mixer and the yamaha01v was a big upgrade in sound in comparison. But none would notice it as the reference wasn’t there after the upgrade, similarly many hear no differences between a 303 plugin and a analog 303, some are completely satisfied with just using apps or just ITB and mastering it all in the digital domain. There is a audible diffrence between a ITB production and a record done in a high end studio (EDM), yet it surpasses many as the devil is in the details. My point is the discussion is often in the eye/ear of the beholder. Mentioning this just to clear the perspective, as our preferences might differ.

I have limited experience in recording but I did notice that the rawness and dimensions disappeared once I tried DAWs, like everything went under the same dithering… , after experimenting I found that using tons of plugins of various flavors on each track gave it that dimension of separation again, DAWs are tremendously powerful but after being on hardware for a long time the act of furnishing to a track pad was rather unsatisfactory.

So back to tracking, obviously Yes I can make a MPC sound good my 4k has 10 outs my analog console is modular built (wich is key to the track/sound separation IMO and I have a ensoniq DP4 wich is very vintage and warm sounding fx unit/centrally can’t get the VSTs to sound like it), I also have nice compression. So my 4000 can centrally be warm with plenty of bass in the studio. Even sampling the right materials at a certain filter/pitch setting can make it seam warm.

Yet when musical magic is at the core heart of the engine, the sound comes a part of your zen (like when playing an old jupiter, juno or a alpha juno the sound just inspires, begs to be played every note is musical and bounces off into a riff/melody.

Thats what I am looking for in a sampler, Id love to have this openess/clarity and capability in the low range, and form a 3rd party perspective the OP-Z seams to have great fidelity, almost superior, to the others in mojo and the low end,. Now is my presentation way off? I can almost hear this in every other video… From demos to music. Color me mahogany if everyone is using same kick present.

The MPC4000 sounds brilliant at 96/24 sampling vinyl through its internal (phono) preamp, at that resolution virtually captureing the air of the record, pitching things down shows great detail and via pitch envelope the sound can result in clear bass (not fat low end/more like crystal digital deep… , yet it still just CD quality when loading 16/44 into it, and if it wasn’t for the mod matrix it be on par with the mpc2ks sonics. . Which is not a bad thing, CD quality was advertised as “the new benchmark” when tge 2k was released, as if it was bad if a sampler would color the sound. IMO just a sidegeist marketing as it didn’t sound as good as the previous 3k,…indeed there was also parts vs price ratio in play…

The only software sampler that captured my attention was the TAL sampler… It is to say the least amazing sounding and likely along with bitwig the main reason for holding on to DAW system.

I’ve yet to hear if the new Akais can deliver better low end through high grade D/A usb class compliant IO, The new MPC line is fantastic, the envelopes are truly superb, filters are great, plenty of FX, but the summing feels cramped, not compressed more like band limited, I feel as both the MC-707 and SP do a far better job in separation. Then again they only need to run a few tracks 8 and 16… While the mpc can handel dozens and individual FX chains on top of that, don’t know If this bandwidth calculation is a reasons as all 3 companies run different audio cards.

That being said everything stems from the internal coding and mechanical design: from the stereo imaging to filter emulations and fx. A digital EQ will be the same on every system if its just coded to filter frequencies translated correctly, but smart coding emulates drift and variables and gives eq plugins charaghter even adds a few hidden subtile audio effects, this is why I ask what black art tickery is driving TE audio.

To end this rant: To My own preference; the only samplers that get the sound right are the ISLA2400/Rossum sp1200) and the Jomox Alphabase But their featured set is far from being an Akai system, which can run multiple tracks into eurorack to achieve that analog mojo/dimension and this ultimately seams to be the end stop for my needs.

Apologies for rambling on… And mostly about Akai (its just where my experience is) I was sure I was hearing more mojo and bass from theTE vs more advanced samplers, thanks for the clarification

I’ll pop by some music strores and try demo these out,… 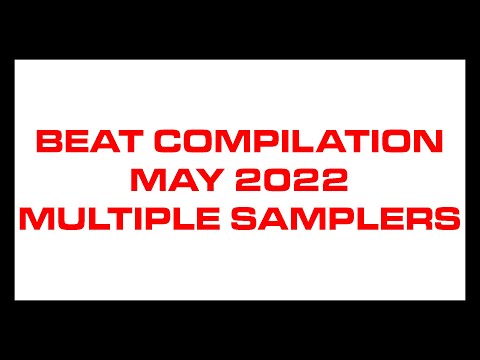 I tested it again. It seems that a HPF was applied on the OP-Z. sorry.

Just relative to the discussion 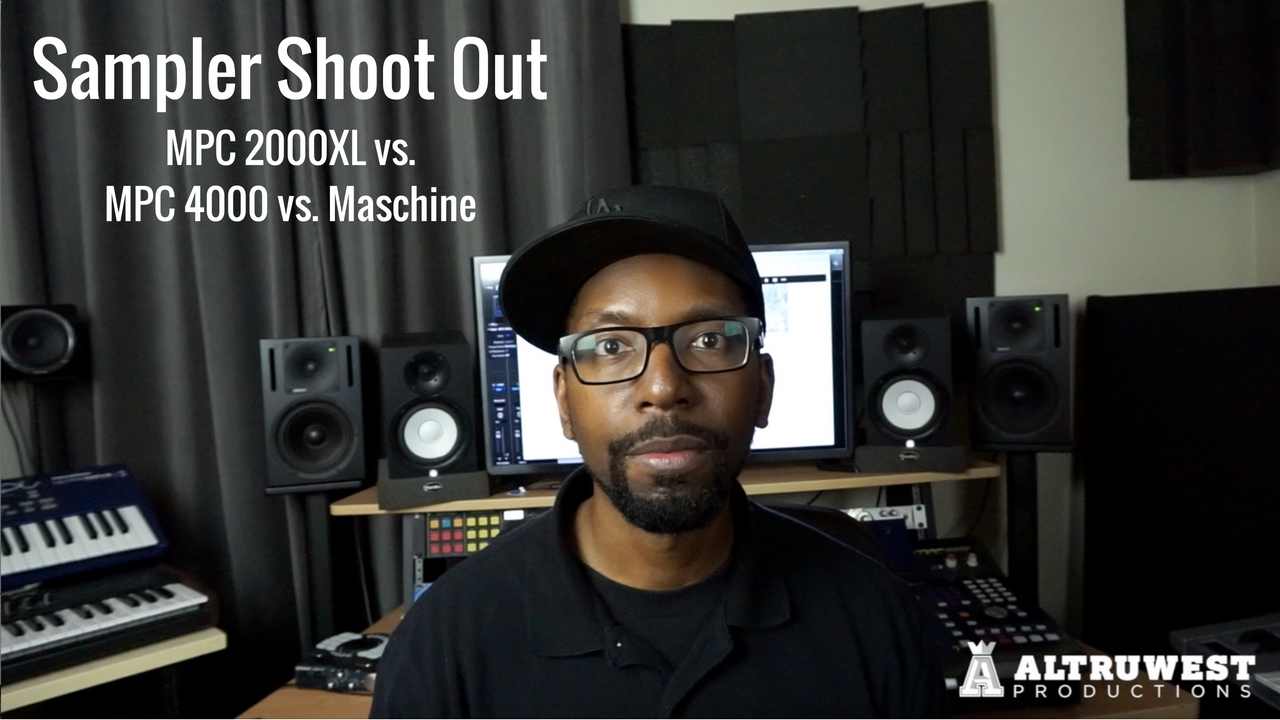 Thank you for taking the time…