The Organelle becomes an in the box modular, oh yeah. 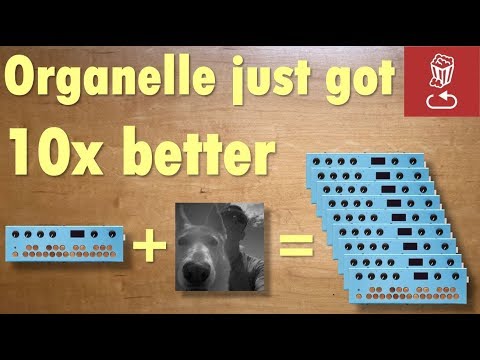 This isn’t an OS update but more an Organelle patch that adds whole heaps of functionality:

Its here, my most ambitious Organelle project to date, one Ive been really excited to share 🙂 I love the Organelle, its portability, its flexibility… However, one thing I wished was that I could run multiple patches at once, combine them in...

ooh, gonna have to give this a whirl tomorrow!

what’s the catch? pretty amazing if there isn’t one. and actually even if there is :]

No catch really - if there’s an existing patch you want to use, or write your own you have to translate this into the module format so it works with Orac. Then there is CPU overheads you need to keep your eye on. Using say a 3 x 3 chain the Organelle turns into a multitrack synth / sequencer. Modulation routings between module slots is coming in the next update apparently but this is community driven so the potential is tremendous.

didn’t resist buying the organelle again but keeping the op-1. It was too hard finding one unit I think I will keep it for a long time !

Really stoked on the Orac update but still keeping my Op1 around. Organelle’s great (and even better now…) but it’ll always feel kinda clunky to me and doubt it’ll ever do the op1 tape/loops/stems/‘dub a live performance to record including mutes and fx etc’ type things as well as op1 does… Destroys it for most kinds of sound design now tho…

Ooo i hope this gets ported to raspeberry pi

And if that doesn’t perk your interest, there’s this: http://www.synthtopia.com/content/2018/05/18/critter-guitari-intro-onda-synthesizer-music-computer/

Wild what you can do with such a compact device - almost limitless. As a programmer, I think I would end up programming patches and forget to make music though.

@mathelev said:
Wild what you can do with such a compact device - almost limitless. As a programmer, I think I would end up programming patches and forget to make music though.

Same here. It could be fine, but I worry it would distract me from the goal!

Certainly interesting competition to the OP-Z in many ways. Less polished and more open. If the organelle is ~ $499USD I wonder what this will go for? $299, $349? I can’t see the lack of a screen and metal top would save much of the production cost, but maybe they are trying to find a lower price point without disturbing the organelle.

A DIY version would be nice!

@mathelev said:
Wild what you can do with such a compact device - almost limitless. As a programmer, I think I would end up programming patches and forget to make music though.

My goal has changed. Hardly make music anymore and couldn’t be happier!