I can’t figure out how to stop a signal noise when using the input ports on any POs to sync them. In my final mix, there is a constant (though relatively quiet) electrical hum; it gets worse with more synced POs. I have 6 different PO models, all relatively new, and encounter this same issue no matter how they’re arranged; I’ve also tried the official TE TRS sync cables, as well as other 3rd party TS and TRS cables with identical results.

I’m not daisy-chaining the PO’s, so that I can mix them more naturally; I’m using a p0k3t0_41 to split the master PO’s sync and audio signals, duplicating the sync signal, and sending each PO to their own mixer channel like so (forgive my crude diagram):

I’ve tried to isolate the problematic gear, first by plugging just my mixer in somewhere without any devices nearby and encountering the same issue; but turns out the problem can be heard with only the POs/cables and (optionally) a pair of headphones. I encourage you to try this experiment:

[Bonus: the harmonics of the sound appear to be affected by the BPM setting of each device in the chain. You can change the BPM of the “leftmost” devices and shape tones from low/high as you increase BPM. Maybe it’s a feature!

Of course you normally don’t turn PO’s up to 16. To reach 0db in my mix, I set them to 8 and turn up the gains a tiny bit on my mixer. This has the exact same effect from what I can tell, which makes hitting the proper volume difficult without introducing the noise.

From what I can tell, this problem only happens when plugging anything into any PO input jacks. By not using any PO sync this problem goes away entirely, and I can mix them properly, but not using sync sort of defeats the purpose IMO. Again, the same thing happens when chaining the POs directly together and using headphones.

I’m not sure how to get around this based on my experiment above. My takeaway is this has everything to do with the INPUT lines on the POs; the more used, the noisier your mix gets. I’d love if anyone has any additional info or workarounds on this.

I have a couple things left to try: TRS cables sold specifically as “shielded” and “HiFi”, and a box of ferrite beads I may be able to leverage. I’ll update once those arrive and I can experiment further.

Looks like a very similar issue is described here:

I bought a used PO-33, and it’s great fun. At first I was just sampling w/ the mic and didn’t have any problem. But when I plug a 3.5mm M-M interconnect into the input jack, the unit’s speaker or a headphone will start having a high frequency humm. It doesn’t matter if the other end of the cable is open ended, or plugged into another device like a Macbook Pro, or any piece of gear, the humm is there. As soon as I disconnect the cable from the input jack the humm will go away. I’ve tried variou…

I’ve also recorded a video to try and capture this noise/setup and to see if different cables helped; at this timestamp you can hear the noise I get when the input port is used: 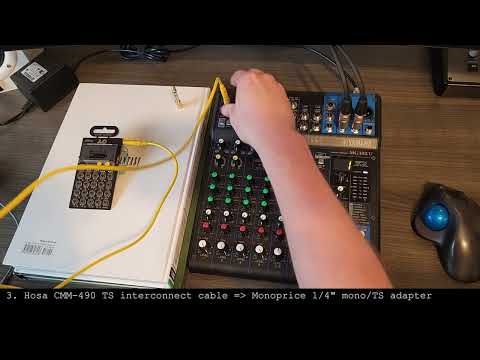 If anyone has any info to help with this, or can corroborate any known issues with this, it would be greatly appreciated!

Just updating here - I repeated these experiments with some “HiFi” / shielded TRS cables (according to their Amazon page at least), and added ferrite chokes all throughout the cables. Unfortunately the issue persists. I made another video to demonstrate this, as well as the curious BPM tone side-effect: 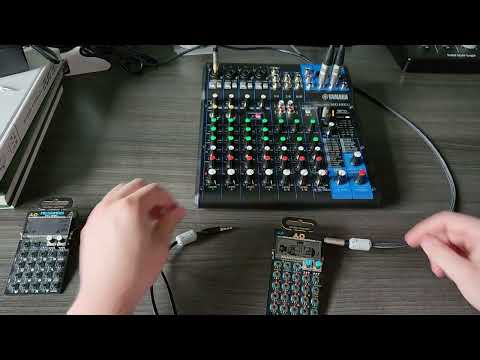 Again, this same thing happens even when using headphones or putting the PO up to your ear. I’m still at a loss on how to prevent this, so I’ll likely accept this as an inherent problem with POs and try to fix with software after-the-fact. If anyone has any further ideas, any advice would be much appreciated!