When I connect an external clock into the clock in of the sequencer, the BPM is picked up but it causes the sequencer to skip 2 steps…

Has anyone else had the same issue?

I just raised the issue with Teenage engineering support, but I’d like to know if anyone else had the same issue or whether I’m missing something.

Would you mind sharing your setup? I own an PO400 but havent send external clock until now.
I would try to test it.

The modular does pick up the rhythm, but the sequencer stops following the right order !

Let me know if this is clear, otherwise I can share a quick image.

Im so sorry fo not answering the last weeks

had some personal things to do.

I never used the sequencer before so I dont really know how it works.
Had the last 2 days to test it a few minutes but still cant figure out how exactly it works.
Had some parts where it were constantly doing the same thing but then it just kind of out of tune and totally messed up. in the following video I moved every second knob on the sequencer and had the cabling like you said and it seemed to work? Like it played every second note, so I cant confirm your issue. 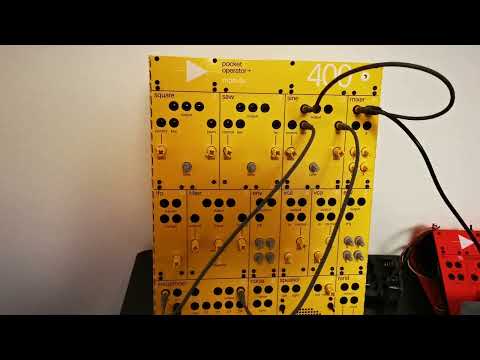 But to be honest, I really dont know how this works

still try to figure it out. If I missunderstood you, let me know Ill answer asap, I promise

Thank you, really appreciate you taking the time to post this!

Teenage engineering confirmed that there was something wrong with my sequencer unit so they have replaced it. They were were helpful and they also explained other questions that I had!