I want one! Which is very silly, it’s just a KO.

Can anyone tell if the Mega Man 128 has different sounds in it? Copy on the page makes it look like no but it sounds different to my untrained ears.

Button Cheat Sheet for ALL PO's

However, PO-133 looks like the same as PO-33 regarding the features.

So, with these being “commercial” samples, any sound here from unit is ok to sample and use in commercial songs from here on out with no legal snafus from Capcom?

If you sample over the original samples in this is there a way to reset to default to get the Street Fighter samples back?

Really? Well it is missing from the official online guide of 28. Maybe it was a hidden feature. Or, maybe it was introduced during production and some devices have it while others not, so it is rather not included in the guide - just a guess!

lol yeah… goes with their long-time obsession with sports cars. remember the photos of a lamborghini in their office?

I remember that! When I look at the picture above I imagine that it would make a great looking small RC car…

Hi,
Has anyone received their PO-133 yet and would be willing to test a small thing for me? Mine is behaving a bit strange on sound 16 (not 13–15) where you can’t step through the slices as you can on the PO-33 and others.
/T. 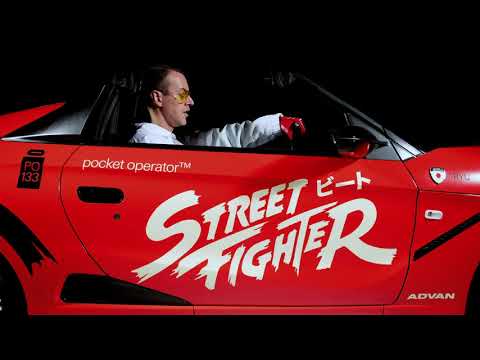 Such a good pisstake on this ad

Can someone upload the entire stock drum sample on button 13? I managed to sample over it in the middle of the project. I’d prefer not to factory wipe it.

Can I use these samples in a track now? What’s the legality? Having trouble finding a clear answer. <3

plus unless u make like 100 mil off a track and is hte pop hit of hte summer,
nobody is gunna go after you

Yeah thanks mate. Like in man’s not hot haha.

Did you hear about the gaming bars in Japan being shut down? Like playing consoles at a bar, the console companies shut them down due to licensing.

theres not much skin in the game for them or any at all
b/c someone wanted to throw a chun li “yah-tzah!” in a beat
ya na mean?