If battles are a way to explore things you wouldn’t normally do, here’s something I’ve never done: play part of a song live on the OP-1 and record a video of it.

The quality of the video doesn’t matter – use your phone camera suspended from your desk with your OP-1 on the floor; use your laptop’s webcam pointing down at your OP-1, anything you like as long as we can see what is going on.

The audio quality does matter. Ideally, connect your OP-1 audio output straight into your camera’s audio input when recording the video. If you can’t, record audio on the OP-1 and inject it into the video afterwards.

Unlike Battle 55, the goal is not necessary to create the whole song in one live take. Tape playback and sequencer engines are allowed. But there must be an obvious connection between the video we see and the sounds we hear.

The deadline is 1 month (5 weeks) from now: Sunday 23rd June. It’s 2 days after the June solstice. Maybe that can inspire you!

I’m in love with this idea. How exactly do we submit? youtube link? I can’t wait to start messin’ around with this!

Can you clarify what you mean by Gravity LFO because nothing in the manual uses that name? do you mean the element LFO set to g-force sensor as the input source?

That’s exactly what I meant, thanks for clarifying ! I’ve edited the post.

Here’s my first attempt. Here I was trying to create a track live from a blank tape using the sequencers. I found it a bit too difficult and I’m not too happy with the results, but I’m sharing it here anyway to inspire those of you reading to do better 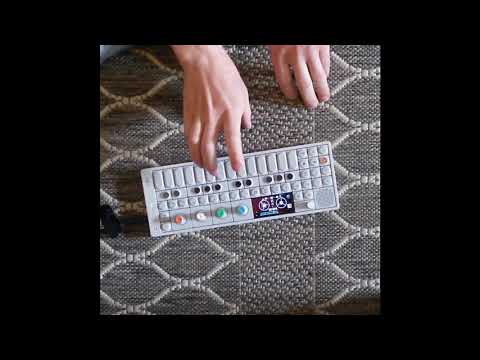 I recorded this using my phone for video and a Zoom H4n recorder for audio. I used kdenlive to crop the video, sync it with the real audio and add a distort effect at the end

I can give a bit more detail on how i did the editing if anyone is stuck; video editing programs tend to be a bit tricky to get started with …

Here’s an entry. I sampled some of my own guitar work in and made a slow little jam out of it. Some parts of it remind me of an old western, or a Tarantino soundtrack or something. In the spirit of op1 films, I used a prop. In this case, a .50 cal round seemed strangely appropriate. I also downloaded some free video editing software from shotcut. It has some funny effects that I was messing around with just for fun. Audio was recorded into logic pro and synced with the video. I also brought along my kp3 mini. Is that cheating? Oh well. I had fun. Awesome battle idea.

I also filmed this one too while my gear was setup. The video editing is pretty wacky, but I am amusing myself. Half the time I spent on making this video was finding the box of my old toys for props lol.

Great videos! I like the video effects … even though i discouraged video editing i might try a couple of effects on my final entry

There is still just under 2 weeks for this battle, is anyone else planning to enter?

i am hoping to enter but it wouldn’t be until next week…slammed at work this week! 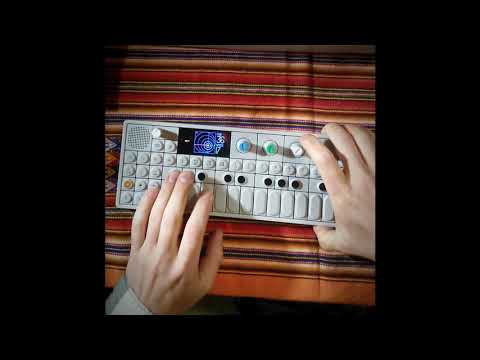 I recorded this video with my phone balanced on a box balanced on my desk, so it’s quite wobbly. I fixed that and did several more takes, but this one was the best musically speaking. So I decided to embrace the wobble and throw some “old film” effects on top to add even more!

One day left !! Is anyone else planning to enter?

From looking thru old voting threads, it seems that as the host of the battle, i’m not eligible to win. Which would mean… the triumphant victor is Kohlberg! Which is a well deserved victory in any case. Your video makes me want a chaos pad.

Honestly, this is kind of a bummer. It was a great battle idea. I was looking forward to a whole slew of awesome op-1 videos! Oh well though. It can sometimes be tough to find the time to do the things we want to do. Let me think this over for a bit and I will post a new battle soon. Thanks @ssam!

Yeah, I was hoping for more too

I wonder if it would make sense to have some battles where any combination of TE instruments could enter… the OP-Z battle got a whole load of entrants, perhaps it’s just that people are a little bored of their OP-1’s after 10 years.

Not bored since i just got my OP-1 last year. Just overwhelmed with work. The video requirement was a little daunting for me, TBH.

In the spirit of sharing more work in progress, i had fun with this jam late last night/early this morning:

I love how noisy it is! Great sounds.