Hey all, I assumed the envelope in drum sampler mode would be affecting the attack/decay of the sample, but it seems really useless to me. Am I doing something wrong? Like I’m not hearing any fade in on the attack or fade out on the decay/release
¯_(ツ)_/¯

For typical adsr stuff yes fairly useless IMHO, but it can be useful for non-drum loop samples to attenuate/boost specific sections of a segment, but I’d much prefer a standard type envelope.

Ok, so it’s not just me. I was expecting typical amp envelope like on the synth, and I guess it just doesn’t work that way. Thank ya

You have to experiment a lot with it to understand how it works exactly.

Yeah, I was getting almost modulation type sounds from it, but nothing of any use to me. Maybe TE could change the functionality eventually

The orange control is important.Extreme left and we effect pure attack part with blue.move it left it mixes release in more,with far right seeming only release(white).
Move green to minimum to get a feel of what I’m mean,then shift orange to either extreme,with plus amounts on blue/white.
This is all I have managed to work.Yes ,awkward design.

this isn’t strictly an envelope, it acts more as a dynamics processor, there’s some distortion to it as well. its UI is quite pathetic, i played with long-release sine samples attempting to get a feel for it, but didn’t come much closer. I prefer to think of it as a broken compressor - the controls are arbitrary but occasionally you find a setting you like.

I experimented the drum sampler envelope while choosing an Element LFO with envelope as input.

I posted this before on the old site, so here it goes again…

I selected the “Daily Blip” drum sampler preset, adjusted the A3 key to loop and adjusted its begin/end points until I got a pure 1Khz sine wave. Then I reset the envelop to a flat center line. That gave a 200mVpp continuous signal at max volume:

I increased the oscilloscope timebase to 10ms in order to better see the sound envelope. The sound starts at the left, at the “T” mark (we may see the noise floor displayed before that):

Turning the GREEN knob CCW attenuates the overall envelope. Notice how the signal amplitude goes down to 100mVpp:

Turning the BLUE knob CCW attenuates the attack portion of the envelope. The period is controlled by the ORANGE knob. Minimum period (20ms):

Turning the BLUE knob CW boosts the attack portion of the envelope. This shows it peaking at 400mVpp:

This shows the envelope peaking at 800mVpp:

Again, turning the ORANGE knob CW will increase the attack period until the maximum below:

Turning the WHITE knob CCW attenuates the envelope part immediately after the attack. Note that this part is NOT related to releasing the key at all (if the key is released the sound stops immediately):

Turning the ORANGE knob CW causes of this part of the envelope to become longer but less pronounced:

Turning the WHITE knob CW boosts the envelope part after the attack:

The next pictures shows what happens when these possibilities are combined. Look at the OP-1 display to understand it: 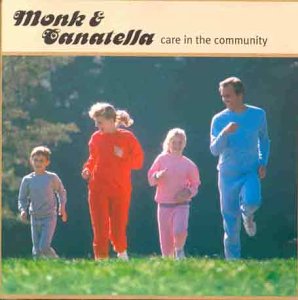 @Punji thanks very much for these, brought a smile to my face. I was googling for a scope just yesterday…

I think this design combines well with drum sounds that already have a sharpish attack.
Spheric_El November 2, 2015, 4:47pm #12

I like the envelope! Super good to improve shitty sample skits from drumloops that I usually wouldn’t use…

Could it be that the drum envelope on the OP-1 is just the light version of a transient designer?
I read the td is basically two parallel envelopes where you boost and trim certain sections of the attack and sustain. And that’s what the one in the OP-1 does…

I think all those pics are broken

They are showing up for me. It could be some temporary glitch or a daily limit from Photobucket free account… please retry.

No huge drama, was just interested to see the pics.

Maybe someone else can chime in to say if they’re seeing em.

The pics show up for me, not sure what’s going on at your end.

@punji awesome science here by the way; pulling up on a scope seems like exactly the sort thing I would do, if I hadn’t already gotten some intuitive sense of what the sampler envelope controls do.

rightclick on the symbol, then open picture?
on my phone i can hold it then choose open picture.

It’s a browser problem, on my phone with Firefox the pics are broken, on Chrome they appear.