OP-1 audio crackling SOLUTION! Lots of issues with this with the new update

Thanks for including this!

a DI box with ground lift is a great bit of gear. everyone should have one.

Hello. I am getting really bad crackling and popping when using the input with a number of different synths/instruments. I’ve turned off charging and tried a ground loop isolator (even though the source audio has no noticeable hums, crackles or pops) to no avail. Can anybody explain how to use a DI box? Should I pick up an active or passive box? I want to use ground lift right? Thank you.

I feel you- guitar players will know about this.

The Palmer unit looks really nice. I managed to get rid of the ground loop on my MC-101, OP-1, etc by using this cheap device. 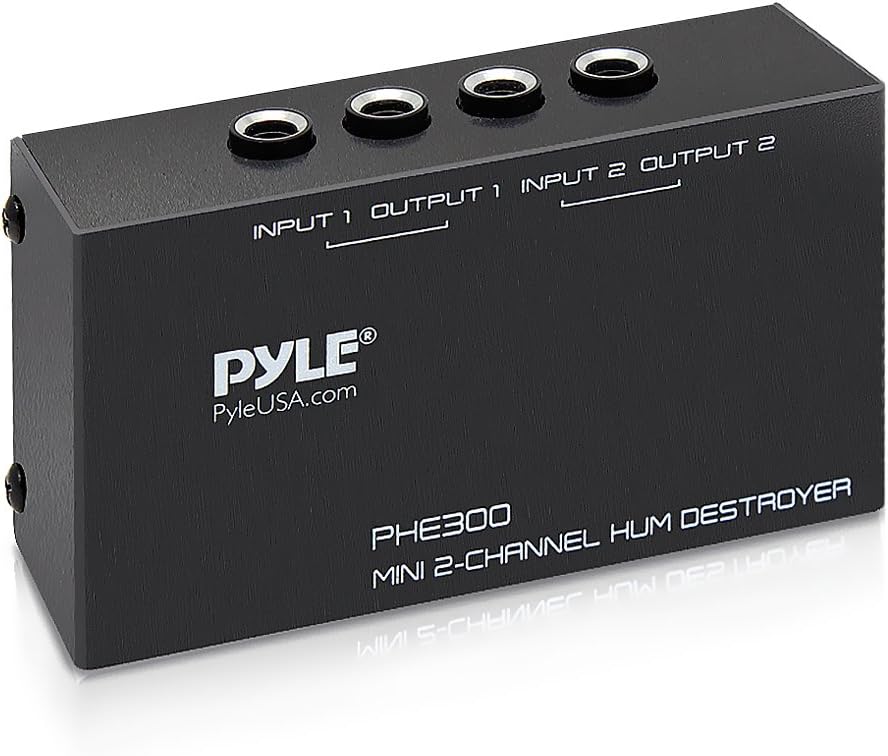 I got a passive box after some research about DI boxes. Radial Pro should arrive tomorrow. I’ll let everyone know how it goes on various settings.

Keep in mind that the $18 PHE3002-Ch is essentially a balanced/unbalanced convertor, so for it to work the inputs of the interface/mixer will need to be balanced inputs.

No luck with the DI box. Still crackling with or with out ground lift and pad toggled.

have u tried a factory reset?
if u downgrade the firmware does the crackling go away?

Thanks for the tip. I downgraded the firmware and now there is no popping and crackling recording into the OP-1. Just can’t use it as an audio interface now, but oh well.

with USB Audio you‘ve to check your level Inputs and the Tape Input (Orange) on Tape Screen.

if one or the other peaks, it will result in crackling or basically „clipping“

I have no crackling with 243

ya me neither
no crackling pops or clicks of any kind

Sadly this isn’t working for all OP-1 users - me included. I wrote a bug report to TE support and asked if this could be a problem either with the firmware or hardware. Sadly the only suggestion so far was to turn off the charging. So the problem is

The crackles appear on streamed audio as well as on the op1 itself (headphones and speakers). The sounds coming directly from the op1 engine are crackle free.
Reproduction steps are to Connect OP-1 to macbook via usb. Connect Source to line in. Turn on line-in audio. Tried turning off charging, different usb cables, line-in sources, DAWs, Buffersizes…

Thanks for this addition!

Sounds like a usb grounding issue. I’ve seen people remove the appropriate pin/wire off of their cable for the ground, but this isn’t something I’d really suggest.

I tried all different variations. MacBook with and without charger, devices with batteries and devices with PSUs. Doesn’t seem to make a difference sadly…even tried a USB isolator instead of the ground isolator suggested by TE. The german repair shop that is designated for TE repairs said it could make a difference - but it didn’t…I’m wondering if it’s worth getting another connector board and swaping it to see if that helps.
This is what it sounds like:

Record, upload, share! SndUp is a social network, for audio! We enable you to upload audio clips and share them with the world. Sharing your talent is simple!

I have the same issue too, hence why I’m still on version 242.

I suspect this issue is probably due to TE devs not fully/correctly considering variations/tolerances between units chipsets and processors.

Just speculation though, but that’s my guess…

Another example of this are DNA synth graphics,
on some units they appear to be offset from center (my unit does),
and as we know those graphics are tied to CPU id…
So makes me think it could be a similar issue.

I hope this not to be the case, and really hope they fix this…
But who knows!

Yeah - I thought of that too. I have REV 2 (the one with the “peace”-sign on the back). I thought maybe it has to do with that. One thing I figuered is that the whole idea of using a isolator to get rid of the clicks is bs since the clicks and pops also appear when using the internal microphone

if the clicks and pops would be caused by the external source on the line-in, the microphone of the OP-1 should work fine. But it doesn’t.

It’s not small issue too, it makes the device totally unusable unless you like to have random glitches all over your recordings… What a shame!