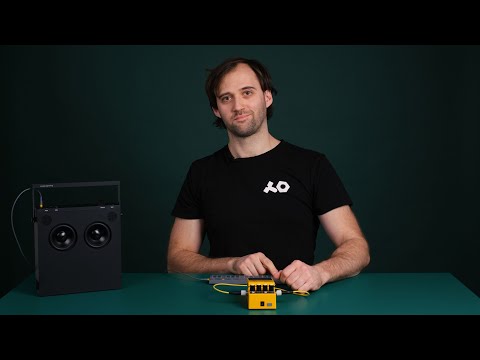 So now the op-z has 4 inputs! I wonder if this means 2 more inputs and outputs through usb

I ordered it straight away!

New firmware is out but on the website it doesn’t list any bells and whistles in there beyond integrating module and fixing bugs.

Wow! That OP-Z looks really warped - it’s rocking when he presses buttons! (I know the back is off but look how high each edge is!)

I saw the video come up but somehow didn’t realise it would be on sale. Gonna have to wait a bit now for it to show up in shops.

I looks like he put rubber feet on the internals or the unit, but maybe only at the corners.

apologies for the stupid question - but what exactly does this do that the OP-LAP doesn’t do?

Line in and line out. Watch the video on their site. It explains it.

You get another stereo in and out in addition to the existing output. Plus you get actual separate jacks for in and out, and extra routing options.

Additional Inputs are not very useful, it just sends audio (with some lfo mod) to the internal mixer.

I think it has multiple hugely useful features…

Stereo input let’s you use the internal fx with other gear, mix other gear, and you also essentially get a free 2 channel audio interface for your computer!

Also, now you have 4 inputs if you count the mic inputs + internal microphone + usb stereo from a computer! So 7 additional inputs to your mix…!

finally it lets you record 4 tracks out of the op-z for better mixing/mastering.

I can think of many more potential new uses!

You get another stereo in and out in addition to the existing output. Plus you get actual separate jacks for in and out, and extra routing options.

what are some practical things you can do with that?

Two that useful for me:

Input trigger is not new. Midi/trig in/outs are same, but oplab have CV to control/be controlled by modular/CV synths and Line module is audio out/in.

Two that useful for me:

ok, using external effects on a single track would be awesome. wish i could do that on op-1.

what would be the point of routing a midi controlled external synth back into audio in?