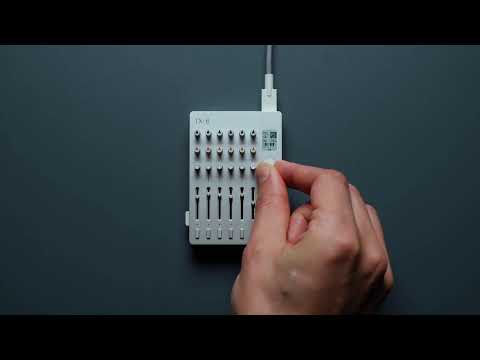 Looks like great instrument for those who live DJing.

Damn I want this Tone tool on my OP-Z!

Too small to control.

Looks really cool, versatile, and well made. You know these will be out of stock in seconds due to a dozen YouTubers buying them to show off.

Looks awesome. I don’t really need it, but it looks lovely. I’d probably get it anyway, but maybe not at that price!

Would have been cool if it could record audio too.

@Sparky the apple integration is actually a pretty interesting choice, since it opens up the ability to plug straight into your phone and record. Probably a more powerful solution than any onboard recorder would offer without raising the price to even more absurd proportions.

Time for a new Volca Mix 2.

I mean, this looks great but I was thinking it would be silly price like say…€500. And I know I have no idea what the development and manufacturing costs are and that a company like Korg have economy of scale and greater resources, but still, at the end of the day it means nothing if it’s out of practical reach.

Would have been cool if it could record audio too.

Good point @FrankC. Probably saves having a nightmare for file management on that device screen vs on iOS! Would have been a nice quick “zoom recorder” feature though.

This looks like a misstep to me but I may change my mind.

What this really needed is some outs/aux sends. I use a K-Mix and have all my TE stuff going into it. I then have 3 outs, in addition to the main stereo outs. I have the outs going to my OP1 (for recording to tape), my OPZ (for sampling, effects, tape etc.) and my OB4. I can then send one or more ins to any out at the touch of a button or two.

This new mixer really should have had the outs, probably instead of the synth/sequencer stuff as, well, the stuff we’re plugging into it does the synth and sequencing better, right?

Due to the above there is no way I’ll be replacing my K-Mix with this at more than twice the cost.

It’s what I’ve wanted for ages, especially the small (maybe too small) form. It’s what I sort of had in an old alesis FireWire mixer which was nice but not perfect audio quality. So I’d buy at half the price, or a little more. But it’s just too costly for what it is. I guess there will be copies. Nice if it recorded audio, I dare say it will with future firmware.

Is it me or does it seem like TE are losing their way? That amount of money for this? As far as I know there are a good number of audio interfaces that can double as mixers and vice versa and are better spec’d and cost much less. I suppose TE are going for the unique “small form factor” though I wonder whether this might compromise usability in this case.

Why does it have fake leather on the back and you can’t take the battery out? That seems so backwards… I want to be able to replace my battery… that’s why I never bought a op1 mostly, but it is borderline necessity. I know you can probably take it apart and resolder one in… but that is not easy… I guess I can also replace the coils in my toaster or the screen in my TV too… that doesn’t mean I can actually do it though or want to…
And only in the most expensive stuff you can’t take the battery out … that’s craziness…

I think what has been said here is exactly right, it’s been built for YouTube influencers to buy and convince folk to buy, but these old sausage fingers will stick to people size equipment

Edit, post reviewing YouTube video, this is so tiny it’s actually silly, why TE? Why so tiny?