Wild speculation about Nothing Ear (1) and OP-Z

Given things noticed in these two threads (software change and hidden module)
https://op-forums.com/t/what-module-is-this/20397
https://op-forums.com/t/ideas-for-new-modules/15215/137
it seems fairly likely that there is a new OP-Z module in the works that deals with audio (e.g. not photo/video/AR archery game). In the photo posted by @DerNeils the emojis are blocking the module but not blocking any cables coming out. This could mean that any cables are just unplugged, but it seems odd to block it with emojis as empty holes wouldn’t be particularly noticeable as a new module.

The Ear (1) Bluetooth earbuds by the TE co-founded Nothing has their product launch tomorrow https://nothing.tech/ and the advertising has been very heavy with buzzwords like “ecosystems” and “seamless integration”.

How likely do any of you think we are going to see Bluetooth audio+line in/out module in the near future? Something that would line up nicely with a new pair of Bluetooth earbuds (and possibly add a new dimension to OP-Z+OB-4 interaction)?

Might just be a coincidence and the next module will arrive in 2023 to turn to finally turn the OP-Z into an AR archery game, takin’ all bets!

Would be a great idea to implement Bluetooth audio with the line-module. But I think they let go of that idea because the latency would be too annoying for musicproduction :-/

I guess Jonas placed the emojis because a new module will have a new colour. If we can believe the software-glitch, it’ll be green, so he wanted to hide that.

there is already bluetooth framework on op-z. it doesn’t show it self as an audio source, but if they really wanted it, they would unlock it with a software update no additional hardware needed.

Yeah, Bluetooth audio for anything but passive listening is just bad, thanks to latency.

Maybe a radio transmitter to transmitter/receiver to use with the OB-4?
In that way the tape recorder from the OP-1 which is on the OB-4 could be sent back to the OP-Z the streamed through USB 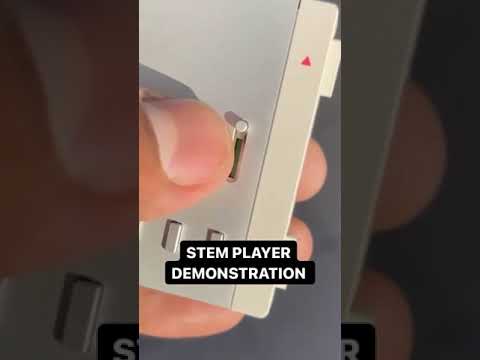 is this for real ?

Not seeing how a “Stem Player” would be that much different from being able to play separate patterns on a OP-Z project. Am I missing something ?

oh i see now. foolish of me…

I am not disagreeing, but genuine question (maybe for some Bluetooth savvy engineers on here?), would Bluetooth latency really be that much of an issue here in 2021?

Of course, cables are superior for audio quality and latency with audio and MIDI, but my current perception as an uneducated commoner is that the most modern Bluetooth tech (5.0+) is pretty damn good. I’ve used Bluetooth MIDI controllers, Ipad apps, Ableton Link, etc. without ever having latency problems. I use wired headphones in my interface when I’m in studio mode, but I have Bluetooth Nuraphones and there is no perceptible delay in time or audio quality with an iPad app vs. wired to the jack.

Secondly, even if there is a very small but still perceptible delay, I don’t think that would make a difference with the OP-Z. Timing that small matters if you are playing live with a band, or if in the studio you had multiple clocks running that slowly got off time (Ableton Link handles this fine for me). I think the vast majority of OP-Z users are not using them in live shows (and hey, the cables still exist) and mostly using them for sampling and step-sequencing ideas outside of the studio. My OP-Z doesn’t need to be as responsive as a violin or voice in order for it to function y’know? TE designed the OB-4 as a high-end device with Bluetooth audio streaming in mind.

@FunkyJunky that is a good point about the firmware rather than hardware option, especially given what we just saw in the OP-1 audio update after 10 years. Looking at the specs I see the OP-Z is running 5.0 BLE so it should be capable.

I am probably wrong about this one. Still praying we see a new module focused on audio/sampling soon.

Sidenote, the Ear (1) “reveal” is getting savaged online today. I hope they turn out to be cool and the price point is nice, but it is pretty wack to have all this marketing hype and 45-minute reveal video where people talk about how revolutionary and inspiring see-through plastic is (I do miss the glory days of peak design ) and not actually talk about the sound. I do trust TE when it comes to sound design though.

i have had pocket operator bluetooth audio in mod.
and latency doesn’t matter, because usually i play beat at 90bpm on a dj app for example. than i listen to the beat and just start pocket operator on the beat that i actually hear.

i adore this topic

some time ago i made this module for my po its bluetooth audio in and illuminating for keypad. handy because you can use po as a bluetooth , and take samples prom it. illuminating lantern helps in the dark. i got this unit and took it apart [image] made it into like a small module that fits po [image] [image] rotates 180 [image] added some bling and red glow [image] added a small lamp from christmas lights that can bend with out b…

and sometimes i use bluetooth audio out dongle:

universal-bluetooth-audio-receiver-transmitter-front-angle-cord620×620 15.6 KB
when im just hanging on the kitchen and want some of my op-z tracks on the back ground true a bluetooth speaker.
or to take a sample from youtube while on a couch.
in that case latency doesn’t matter, because you dont perform live.

bluetooth 5.2 is 0 latency and supports even multiple audio devices at the same time. but in live set up, all musical gear supports only cable audio output, so you would also need a bluetooth 5.2 audio transmitter for your external gear. and most people have already well adopted cable in their live set. so it may work, but kinda overkill, i dunno

Ugh, that whole hypester aesthetic makes me puke in my mouth, over priced “fuck the planet” consumer products that will be bought then forgotten about after the novelty wears off, transient trendiness at its worst.

yeah, there are so many kinds of wireless earbuds out there

every brand has their own over engineered ear-thing. so it does look rather cliché plan. hope nothing ear is not going to be waist of their time and resources

Word, The FTC Votes Unanimously to Enforce Right to Repair | WIRED baby steps in the right direction, but like everything else necessary for preventing environmental annihilation, decades late to the party at the request of corporate interests.

@Stylist_for_Diogenes yes as you say a bit late, and also at least in UK and Europe some things are excluded.

I don’t know how in good conscience companies can make products without lifespan taken into consideration, and it seems to be getting worse in the last decade.

That aside earbuds are IMO a terrible idea anyway, I feel sorry for the generation that grew up using them, both from a sound quality and hearing problems down the road perspective.

there is an official nothing forum:
https://nothing.community/d/15-welcome-to-the-nothing-community/56

but is nothing even part of teenage engineering? or is it like when yamaha makes motors?

ALL HAIL THE VISION

TE is a founding partner and some of the TE staff work for/collaborate with Nothing. The story is that Carl Pei of OnePlus was in Sweden and got to tour TE (or something like that) through a friend, he and some TE guys had a mindmeld over what the future of tech should be, and that led to the creation of Nothing. You can also see from the style of the website, ads, photography, etc. that the TE influence is strong.

Way too much hype, smoke, and mirrors for a pair of earbuds being the secret behind the curtain. Like if you are going to play the enigmatic revolution card then you need to be hinting at brain implants or holograms down the road. But if it leads to new modules or an OP-2…well then…

Something interesting I’ve noticed is that the company is based in London and I don’t see any strong connections to India, but there is a huge web presence (bots or real or whatever) from India treating Nothing like the future of hypebeast fashion. News articles in major Indian outlets, tons of commenters using a mix of Hindi and English on places like YouTube and Twitter. I can’t figure it out, aside from the paid shills option.

em they‘re just beautyful and cost half the Price of the AirPods Pro.

exactly right now iam totally into that market because iam searching for AirPods alternatives but other than Apple nobody really nails it for now.

Nothing does!
much Love